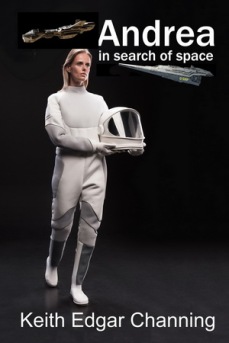 Andrea – in search of space, picks up where Making Merry left off.

The largest in-system luxury cruise liner had been refitted and recommissioned in the Royal Space Regiment fleet as HMDSV Colin Pillinger. Its mission? To identify, locate and survey a habitable but uninhabited planet which can be populated over time to take pressure off Earth and its resources.

For the cast of characters at the start of the project, click here

Andrea – in search of space. Chapter one, part one.

In her office at the Royal Space Regiment’s headquarters at Packway, Admiral Meredith Winstanley keyed her intercom. “Coffee for three, please, Swann,” she said to her PA followed by, “and bring in some chocolate digestives at the same time, will you?”

The admiral was seated behind a large, ornate, leather-topped, mahogany desk; a thick, spiral-bound folder in her hand. In front of her was a pair of overstuffed, beige leather sofas with, between them, a coffee table that was a smaller but otherwise identical copy of her desk. On the sofas, facing each other, were seated two of her most senior officers: Rear Admiral Joan Weinberg, Commander of Near-Space Operations, and Rear Admiral Andrea Smithson, who was reporting for assignment after embarkation leave. Meredith seated herself beside Joan Weinberg and placed the folder she had been carrying onto the coffee table. The folder remained closed and face-down. Sub-Lieutenant Nigel Swann knocked, entered and silently deposited the tray of coffee and biscuits on the table, nudging it carefully until it was perfectly centred on the table and parallel to all sides. He nodded to his boss and waited for her acknowledgement before he saluted, turned and left, silently closing the office door behind him.

Andrea glanced down at the folder. “What do you have for me, Admiral?” she asked her superior officer.

“Indeed I am, Ma’am. I’m eager to find out what my next job is, and raring to get on with it.”

“Not impatient to see Jason and Tarquin again and renew your dalliance?”

Andrea looked at her resolutely and took a deep breath before releasing it. “Admiral Winstanley,” she said icily, “I have spent my down-time considering the path my career has taken since my secondment as a civilian mathematician on Project Prodigialis. My induction into the Regiment and subsequent rapid rise through its ranks to the level I’m at now has been … I don’t think mind-blowing is too strong a way of describing it. My only desire now is to serve His Majesty to the best of my ability and with every fibre of my being. Any relationship I may have or have had with Commodore Strangename or Captain Stuart-Lane is of no consequence. Ma’am.”

Meredith pushed the folder towards Andrea. “Very well, Rear Admiral Smithson, here are your orders.” She stood up and headed back to her desk. “Joan, fill Ms Smithson in on the details, please. But do it in your office, I have things to get on with.” She dismissed them with a wave of her hand.

Joan Weinberg picked up the file; the two took their leave of Meredith and repaired to the smaller and less luxurious Near Space Operations Commander’s Office where Joan prepared to brief Andrea after first initiating an automated bug-sweep of her room.

Seated across her desk from each other, Joan smiled briefly and said, “Before I start, Andy, you do know you’ve upset Meredith, don’t you? Did you see how miffed she was? I mean, what’s happened to you? I thought we had a good thing going here. I thought you were part of it.”

“I was, Joan, and I can’t say I didn’t enjoy it, because I did – a lot. But I’m taking the King’s shilling to do a job, and that doesn’t include some of the extra-curricular activities we’ve been indulging ourselves in of late. Right now, I want to be the best officer I can be. Can you understand that? I want to make the regiment proud. I want to make my family proud. Hell, I want to make me proud.”

“Okay. I’ll buy that… for now.” Joan opened the folder and laid it on her desk. The title page bore the legend DEEP SPACE OPERATIONS DIVISION – TERRA II and was heavily and clearly marked TOP SECRET – UK EYES ONLY. “You won’t be aware of this project yet. It’s probably the best-kept secret since our work with the Borborygmi and the Jinthae which, incidentally, is still at the highest level of classification. I only found out about it yesterday, and that only because I needed to be able to brief you. Frankly, I think I was happier not knowing about it.”

“Is there a short version? I can read the file on the way to… wherever I’m going.”

“You, Andrea, are taking command of the old Mariner II.”

“Mariner II? Why on Earth have I been put in that flying holiday camp, taking filthy rich passengers on a year-long cruise to Mars and back to indulge their excessive appetites for food, drink and whatever other hedonistic pleasures they set their dirty little, over-privileged minds to? Firstly, I have no experience running a ship; in fact, I have no command experience at all and secondly, since when has the largest in-system luxury cruise liner in the merchant fleet been the subject of that level of secrecy? Some secrecy, I can understand, considering what some of the passengers get up to when they believe they’re out of Earth jurisdiction, but UK EYES ONLY? Come on!”

Joan got up out of her seat and started pacing around the room. Andrea remained seated and followed her comrade with her eyes.

“I’ll answer the last question first, Andy,” Joan said, “She has been classified at the highest level of secrecy since she was decommissioned, refitted, renamed in honour of the English planetary scientist and recommissioned as His Majesty’s Deep Space Vessel Colin Pillinger, flagship of Deep Space Operations Division – okay, the division’s only ship so far – but, in fact, the pride of the entire fleet. This, my dear friend, is a most prestigious posting and will make you the envy of the regiment. Anyway. Her initial crew complement in exploration mode is 500. That’s how many are on board now, drawn from more than thirty different countries. Her complement can rise to as many as 1500 as needed. She can also carry 5000 passengers in comfortable surroundings, some but by no means all of her many leisure and recreational facilities having been converted into what is basically a small town in space, including high-tech R&D, fabrication and manufacturing facilities.”

“Because… and I can’t over-stress how sensitive this is…,” Joan said, opening her door and looking around as if to ensure the pair were still alone and no-one was listening in, “we urgently need to reduce the population of this planet. We’re currently at more than eight billion and growing. Even pandemics and wars aren’t holding it in check.”

“Your mission is simple – the definition of it, at least. We are charged by the global authorities to identify and locate a suitable planet, which we need to populate over time to take pressure off this planet and its resources.”

“Oh, I get it. So I’m on a Borborygmi mission, am I? Fill the vessel with unproductives and send it off on a hopeless and never-ending quest for somewhere to live. Is that it?” Andrea asked, picking the folder up and throwing it back onto Joan’s desk, “Don’t treat me like an idiot, Joan. We know each other too well. How many ships are you sending? How many people are you trying to get rid of?”

Joan approached from behind and placed a hand gently on Andrea’s shoulder. “Andy, you’re getting it all wrong. There is only one ship, and we’re not trying to get rid of anyone. Your mission is to find a planet where our people can thrive. There’s a lot of detail in the file about what we need. It looks at the obvious things: atmosphere, climate, geological stability, radiation protection – you know, magnetosphere and so on, but it also talks about wildlife and suitability for traditional livestock. This is what is codenamed Terra II. It is a serious project, Andy, probably the most serious endeavour the regiment has ever been handed, and it’s a lot to be trusted with.”

“And if we find such a planet? What then?”

“By then, the plan is that we’d be up to speed with multiple MTS pods and could send volunteer migrants straight to their new home. In the meantime, the Colin Pillinger will, as soon as we can manage it, be fitted with an internal MTS engine – the Jinthae claim they’re close to testing a prototype – which will enable your craft to move about as easily as Jinnis Keet and the others did and so let you explore the universe. Travel without travelling, if you get my drift. In the meantime, a suite of MTS pods is being developed, built and commissioned on board as we speak.”

Andrea relaxed in her seat. “Okay, Joan. Perhaps I was a bit hasty. Let me take the file and study it this evening. Can I have a shuttle to take me to my ship tomorrow morning?”

“Your SOPT is on standby wherever you need it,” Joan said, giving Andrea a brief hug. “Here are the coordinates where your ship is waiting for you. Good luck, Andrea, and safe travels.” 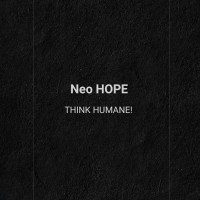 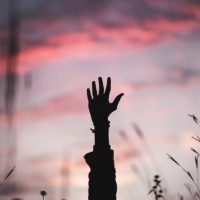